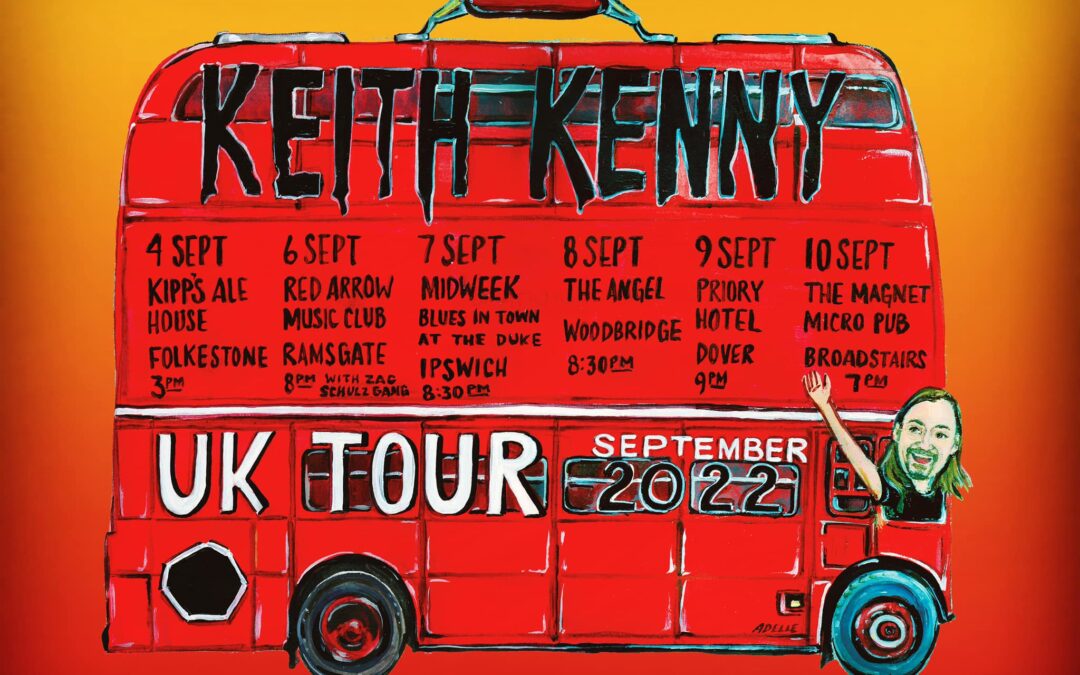 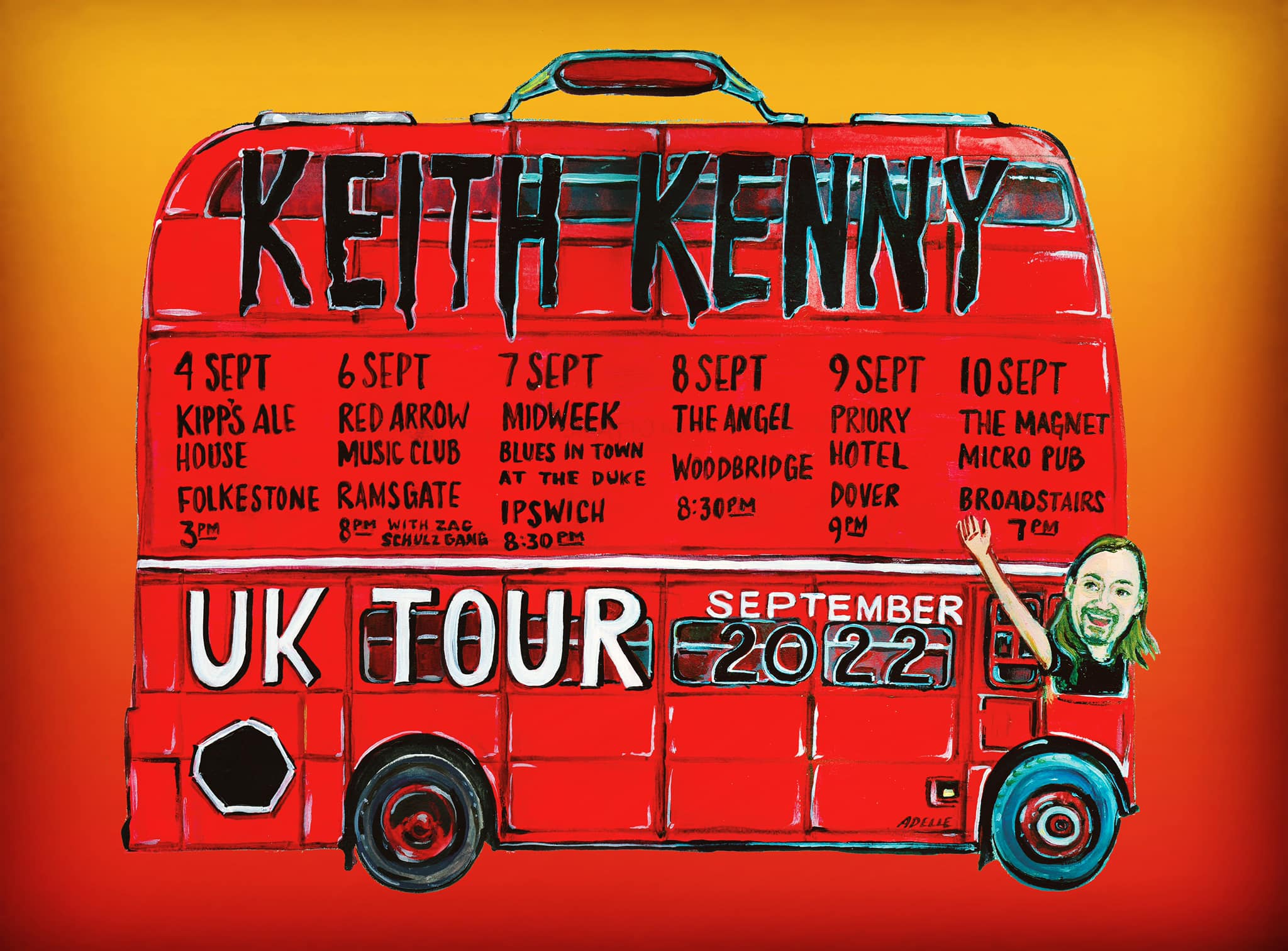 Hey friends, I’m excited to announce that I’ll be touring the UK this September! This tour has been three years in the making due to the pandemic shut down and I am so thrilled to be able to cross the pond again this year. Hope to see you at one of the shows. 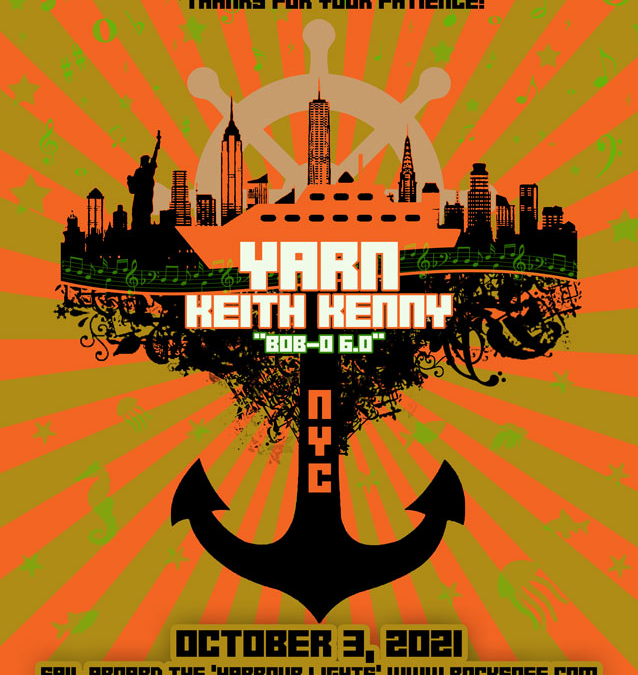 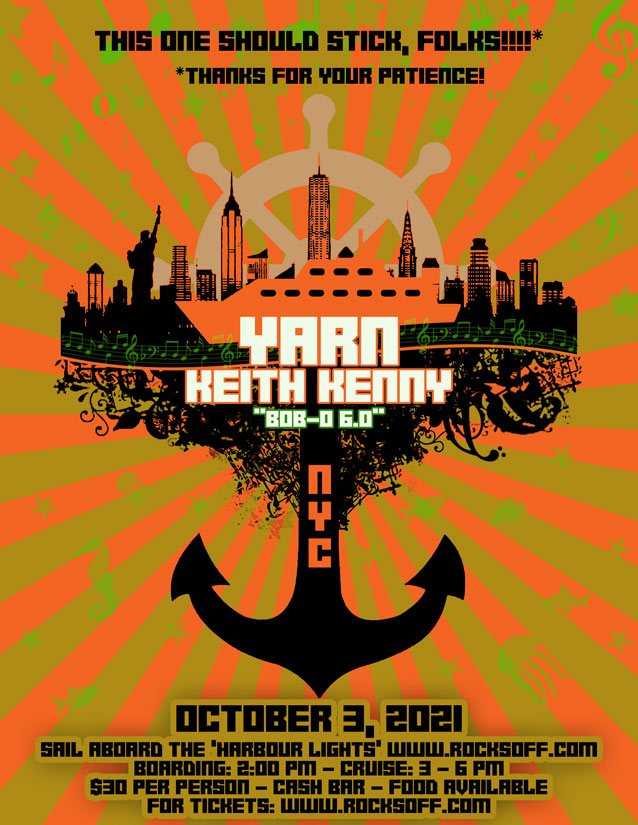 Come aboard the Rocks Off Concert Cruise on October 3rd to sail around the Big Apple! My long time friend and road manager Bob O’Donnell, is celebrating his 60th Birthday in style and YOU are invited. Grab your tickets ASAP because this event is selling fast.

Use Promo Code “BOBO” to get your tickets at the link below
https://www.ticketweb.com/event/bob-os-birthday-bash-the-lucille-rocks-tickets/10362715?pl=rocksoff 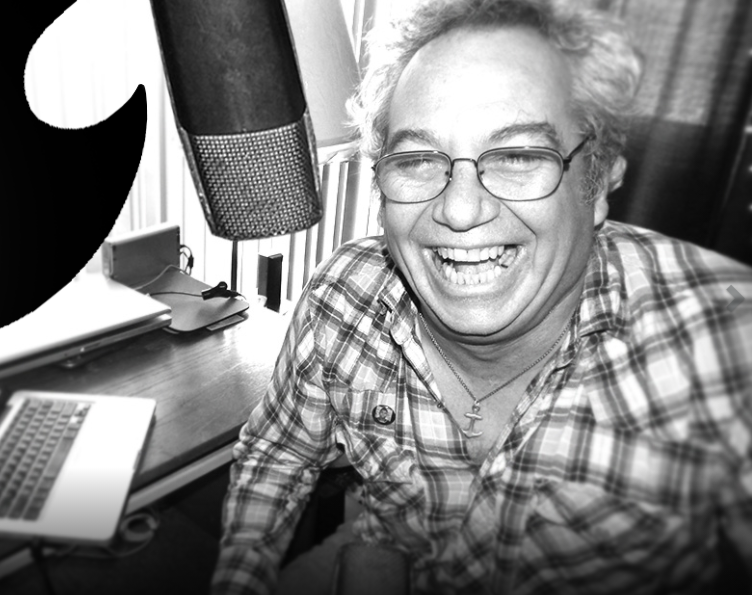 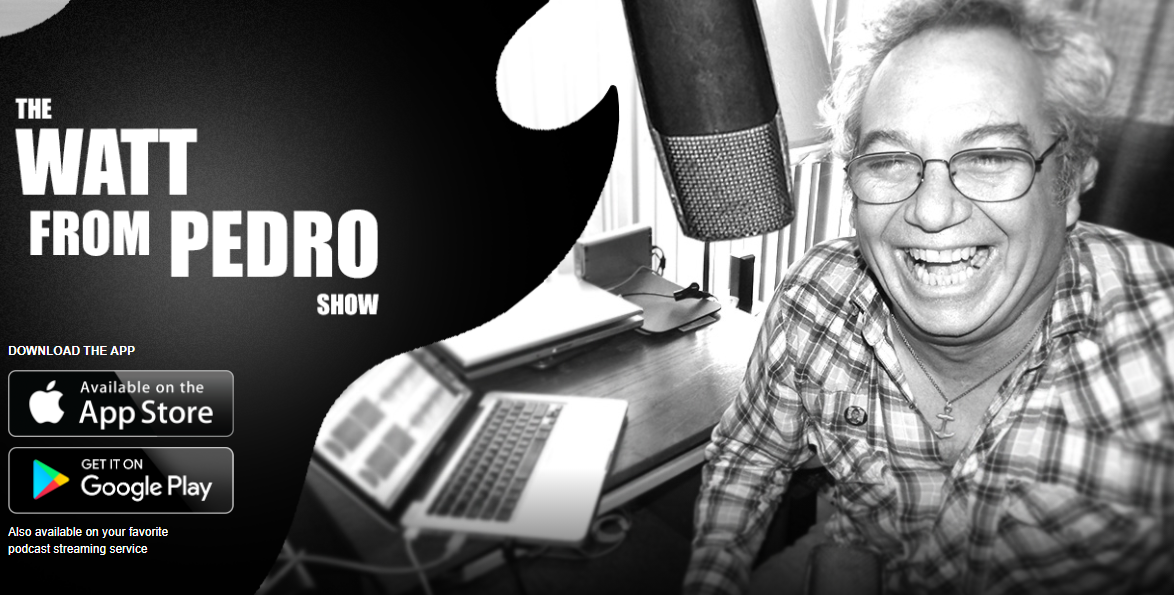 It was such an honor to talk with bass legend Mike Watt about my musical journey and the making of “Lifetime Ago Motel”. After just a few minutes talking with him, I felt like a part of his musical family. I have the deepest appreciation for his dedication to the craft and his ability to see through the fog of genres and musical stereotypes. Music is music. Thank you Mike! Check out the interview at this link here —>The Watt From Pedro Show

Here is what some other folks are saying about the album:

“Much like the genre chameleon-ism of Ween – clearly a huge influence – Kenny takes all of his influences and spins them into something entirely original. Through it all we get plenty of heavy guitar shredding and unexpected instrumentation. Ultimately, Lifetime Ago Motel is a major artistic achievement from one of the more multi-faceted artists out there right now and is an essential listen.” -Glide Magazine, Read Full Article

“With his creative use of alternate tunings, aggressive strumming and otherworldly sound effects, Keith Kenny knows his way around the guitar. His one-man band sound, complete with a well-worn old red suitcase as a kick drum, has kept him on the road for over a decade, opening for the likes of John Butler Trio, Keller Williams, Ween and The Dean Ween Group.” -Rob Dye, American Songwriter, Read Full Article

“New Jersey-based singer-songwriter and unabashed rock and roller Keith Kenny may not have originally set out to become a one-man band, but he damn sure fulfills those expectations.” -Lauren Leadingham, American Blues Scene, Read Full Article

“Lifetime Ago Motel is a very solid singer/songwriter effort, track after track reveals his artful, musical approach to working through a challenging period of loss and all that goes with it. To his credit, Kenny is a solid songwriter, delivering strong melodies with plenty of strong guitar parts to keep things interesting.” – The Fire Note, Read Full Article

“Essentially the soundtrack of a creative mind struggling and coming out a different, more robust person, Kenny is a highly talented singer-songwriter, and his genre skipping approach and strong wordplay make Lifetime Ago Motel a valiant effort that commands your attention.” -Take Effects, Read Full Review 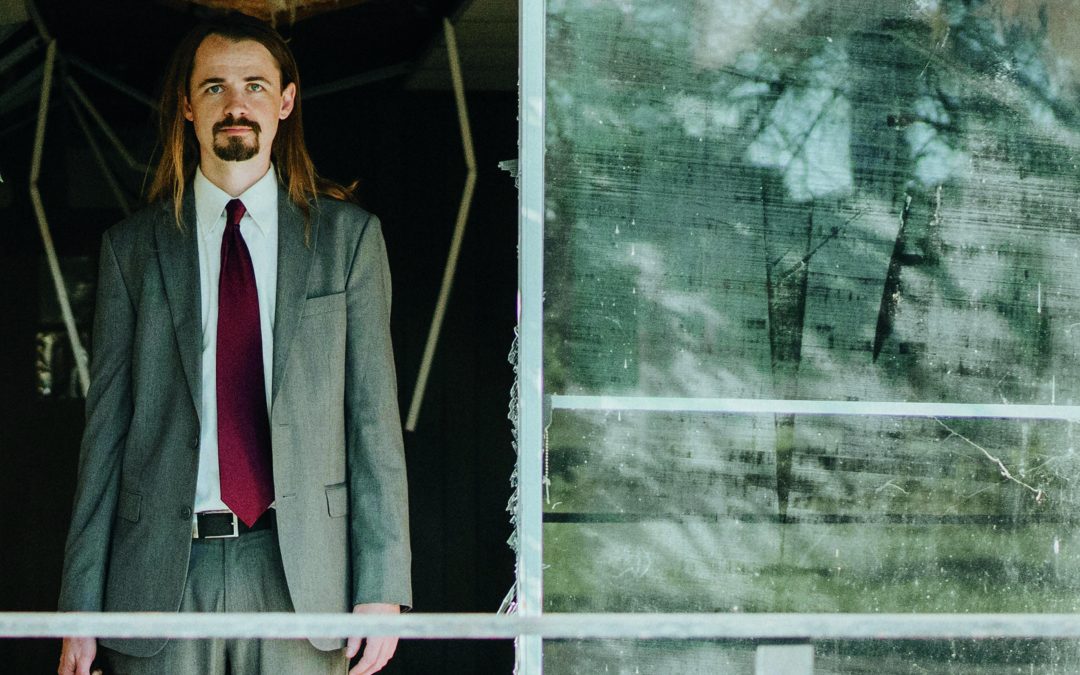 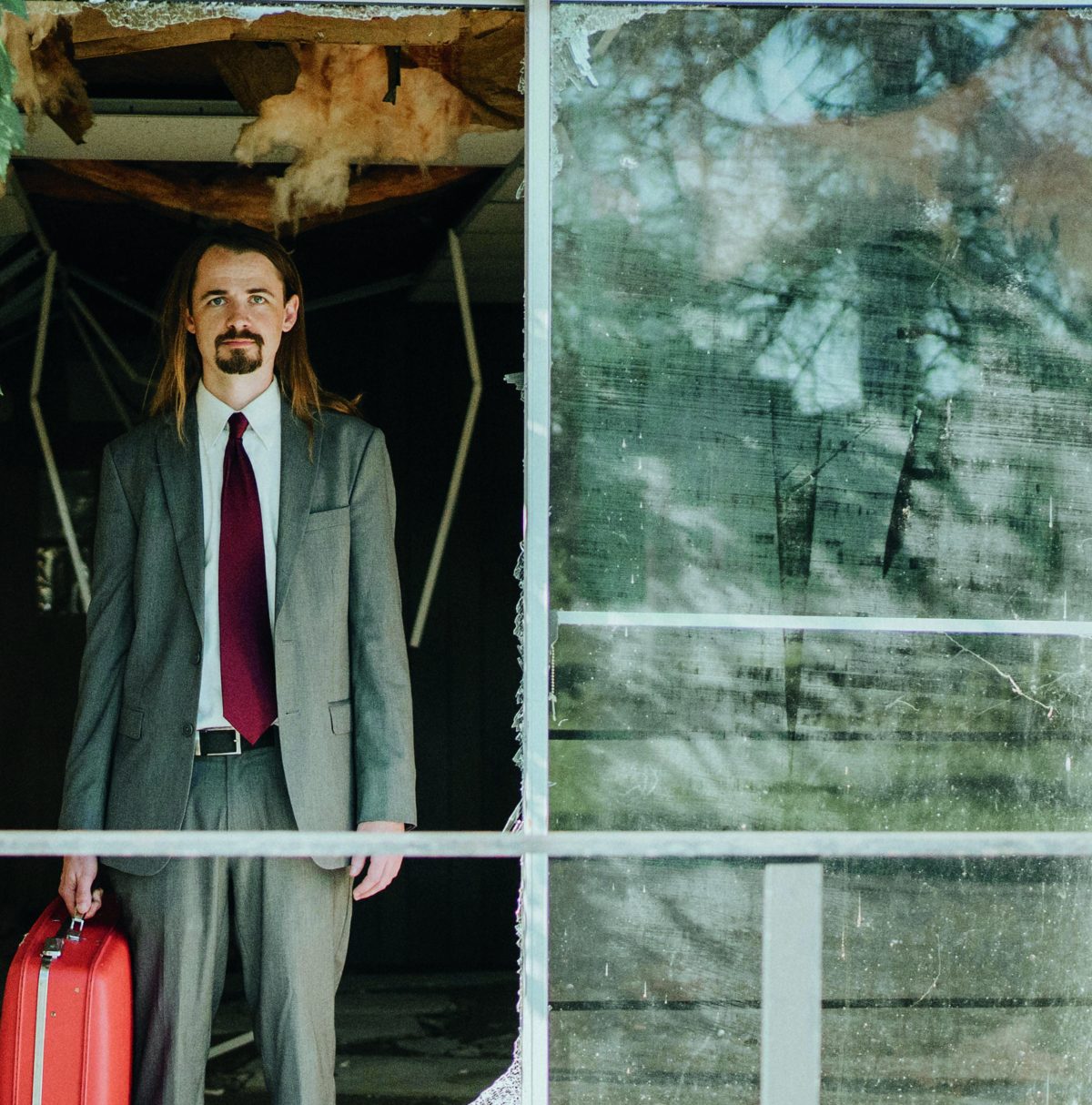 Lifetime Ago Motel is the fifth album from veteran New Jersey-based band-of-one, KEITH KENNY. It was written over a three-year period and recorded at his Studio 303 facility in Monroe, New Jersey, self-produced by Kenny. Among special guests contributing is drummer Sim Cain (Regressive Aid, Gone, Rollins Band, Dean Ween Group). Lifetime Ago Motel is being released by iNtuRecords April 2nd as a digital download, physical CD, 12” vinyl LP and via streaming platforms.

Most of the new record was written while Kenny was on the road promoting his last self-titled album, produced by 3-Grammy winner Justin Guip (Hot Tuna’s touring drummer and sound engineer for the late Levon Helm). What should have been a victory lap (with dates opening for regional heroes The Dean Ween Group) was filled with stress and anguish. Kenny was recently married, but time spent away from his new wife strained their marriage to its breaking point. The economics of modern-day touring had Kenny barely breaking even despite scoring some impressive gigs from coast to coast, including a residency at the House of Blues in Las Vegas, and weekly appearances at Dean Ween’s “Invitational” jam nights.

By the time Kenny hit the road with Deaner, his life was in shambles. Although he was supposed to be promoting his latest album, the new songs addressing his sad state came pouring out and immediately went into his stage show. As Kenny recalls, “‘Move Along’ was one of the first songs that I tried out on the road. It was my way of facing the reality of being on my own and trying to look at the silver lining of the whole situation. ‘Broken Misery’ was inspired by TOOL’s ‘Aenema’ which I’d been covering a lot around that time; the melody is repetitive and trancey, the lyrics are dark and sad. It’s a blend of the Nine Inch Nails industrial sound that I love with my style of percussive guitar playing and drum loops. ‘Burr’s Roach Jam’ evolved out of Deaner’s weekly jam nights at John & Peter’s in New Hope, Pennsylvania. We would jam on this riff every week and it seemed to get better every time!”

When Kenny got back home, he began tracking the songs, using what he had learned from working with Guip to produce himself. This project wound up being especially personal, so he felt it was more appropriate to take control of all aspects of the recording himself – which ended up feeling incredibly cathartic. As Kenny says, “The whole process of this album felt like a whole lot of life happened.”

Kenny’s story began over a decade ago with his first shows at Asbury Park’s legendary Stone Pony that saw him developing a unique approach to live performing. Kenny recreates the sound of a full rock band line-up playing acoustic guitar with an unusual, percussive finger-picking style, creating rhythmic loops on the fly and adding atmospheric texture via an array of effects pedals. The finishing touch is a vintage red suitcase (dubbed “The Big Red Suitcase”) used as a kick drum.

In the years since, Kenny has built fan bases throughout the United States and abroad with multiple tours of Europe and performances in Southeast Asia (to raise awareness about unexploded bombs). He has shared stages with the likes of John Butler Trio, Keller Williams, WEEN, The Dean Ween Group, Leon Russell, John Hammond Jr., New Riders of the Purple Sage and John Kadlecik (Further & Dark Star Orchestra), impressing all involved with his high energy, super-infectious playing and songwriting.

Lifetime Ago Motel is an incredibly potent summation of his artistic and personal growth to date. Kenny looks back on its creation and observes, “By the end, I felt like a different person. A little scarred, but also a little stronger. Change is inevitable and this album is a portrait of someone accepting change. On the last few days of tracking the album, I was struggling to finalize lyrics to the still untitled track ‘A Lifetime Ago.’ Those were the last words written for the record.” 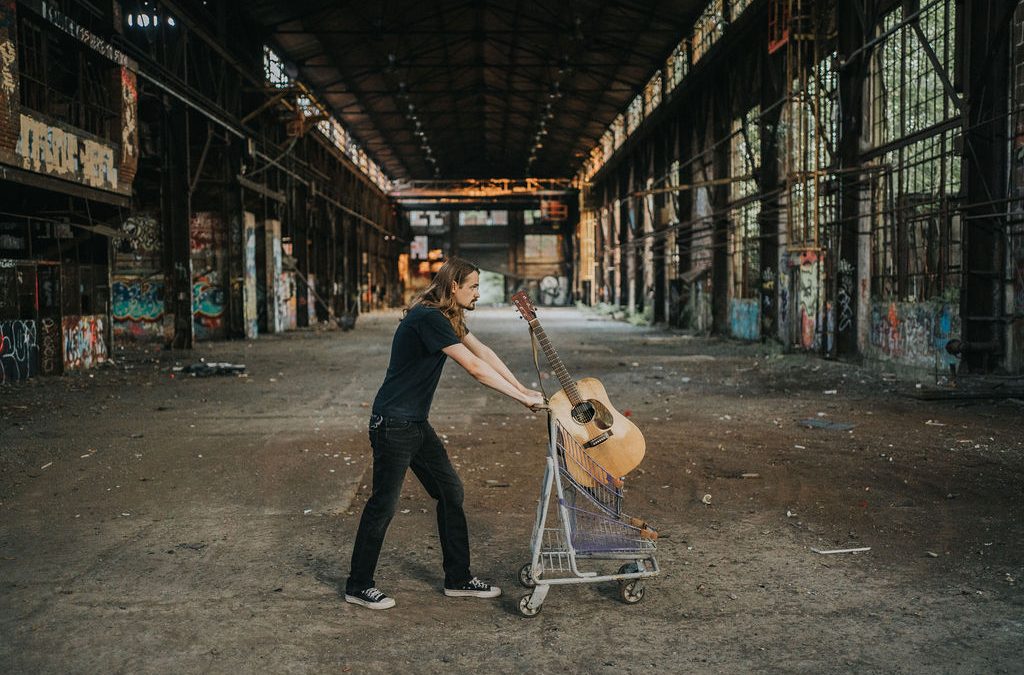 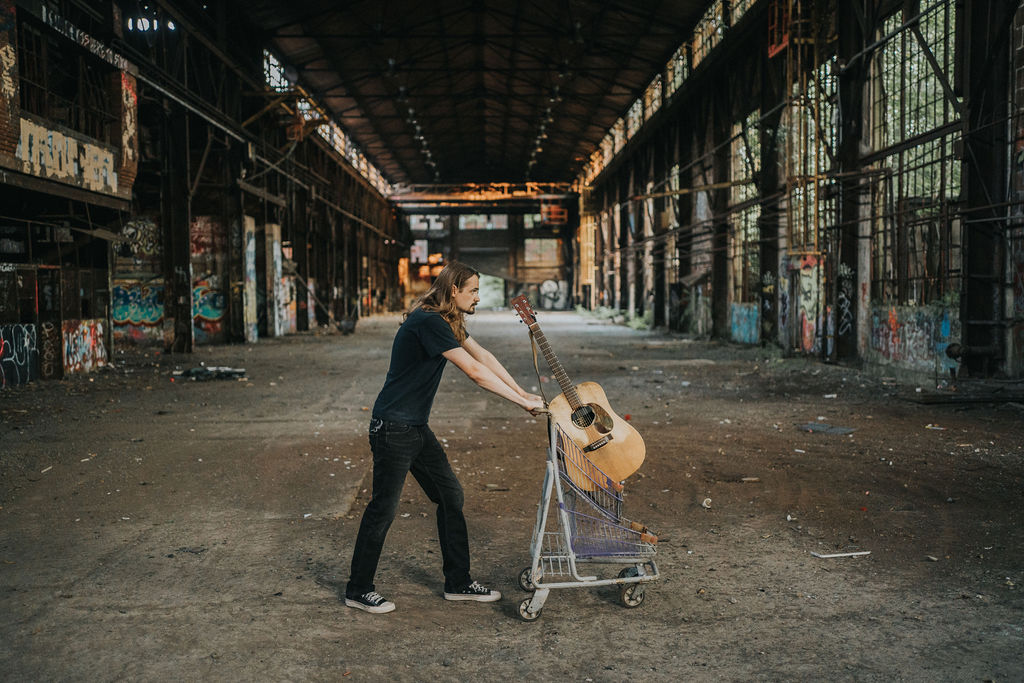 Many of you know that I’ve been working on a new album for a good while and it has yet to see the light of day. As you could imagine, I hit a bunch of snags along the way and the timing just didn’t seem right. Over the past few weeks my urge to release this bad boy into the world has grown far too strong and I just need a little help from my friends to make this happen.

The name of the album is “Lifetime Ago Motel” and it has 12 tracks that I produced from my studio in good ol’ Monroe, NJ. As a special thanks to anyone who is willing to donate, I’m sending out 2 additional bonus tracks with the advance digital download.

The goal is to raise $5k to cover the manufacturing for some sweet vinyl records. All contributors will get some special perks only available at the link below!

Here is what is up for grabs:

Thank you all for your continued support!

No shows booked at the moment.